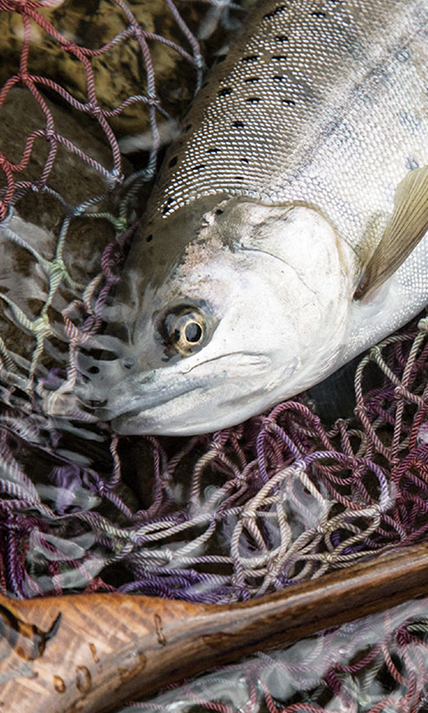 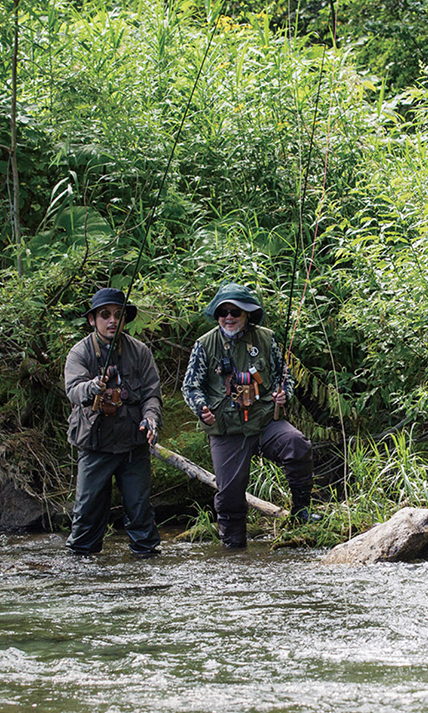 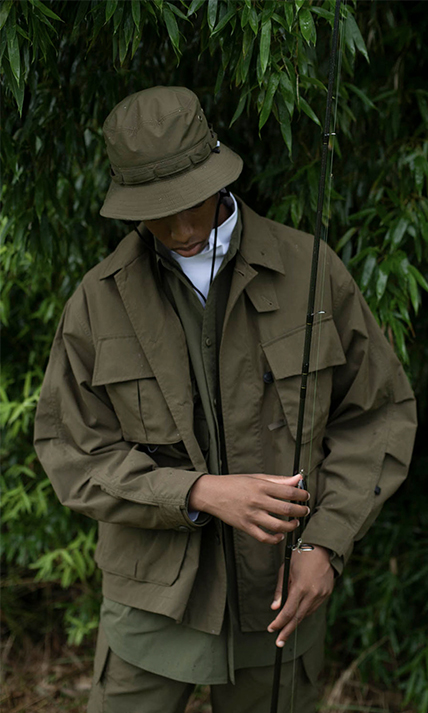 <p-initials>b<p-initials>y the time </p-initials></p-initials>joseph gordon-levitt was bobbing in and out of new york city traffic tailed by the (oft) deranged michael shannon, single speed bikes as a cultural phenomenon had peaked. that’s just about the time i wound up with a too tall chromed-out bianchi pista on craigslist from a guy who looked like he had had his fill of fixies and was ready to jump on the next bandwagon. unbeknownst to him, a buddy of mine — let’s call him K — who’s an unofficial authority on these kinds of things declared fishing as the next thing. his theory: hipsters like circular mechanical contraptions. cameras and lenses, check. bikes and gears, check. watches and movements, check. fishing rods and reels, check. and think of all the accessories: hooks, lines, sinkers, lures and that bobbing thing, et cetera. and what hipsters love more than accessories is collecting accessories. now this was a decade ago, and while i haven’t seen the masses wade into streams and rivers with tenkara rods in hand, for some inexplicable reason i’m starting to dress like i actually could. which got me wondering: how did fashion come to embrace the angler aesthetic? in any case, here are two brands that have me hooked (ugh).

at the core of every trend there’s the OG that’s been at it since day one, and they’ll be at it when everyone’s moved on. for fishing gear that’s south2 west8, an increasingly prominent branch on the ever-growing nepenthes family tree. s2w8’s concept is “fish and bike”, literally — putting them two for two for being on trend. but part of s2w8’s problem as a fashion brand is that it produces literal fishing gear, not gear inspired by fishing. you’ll find that much of their promotional material consists of head designer nagaoka and his band of unabashedly middle-aged boys catching and releasing rainbow trout waist-deep in the brisk runoff from a snow-capped peak somewhere in hokkaido. only coincidentally is there a voyeuristic lens documenting these men at play against the ansel adamsesque backdrop. if adam sandler built an enterprise that let’s him and his crew go kick it in maui every year under the guise of “making a movie”, it feels like nagaoka’s basically done the same for fishing. both men have figured out a way to mix business and pleasure with a per diem and then some.

after perusing through racks of refined-yet-rugged workwear from engineered garments, and the flamboyant-verding-on-flagrant sportswear by needles, s2w8’s section — relegated to the subterranean basement of nepenthes’ flagship — feels like a misguided bass pro shop pop-up. but if you’ve been meaning to pick up a tenkara rod, they got you. nevertheless, i’d make the obligatory visit to the dungeon-level, mostly out of respect for the older store manager manning the space solo, because he’s the only one to this day to acknowledge me after all those years of bleeding purp. regardless, it was routinely a quick look-see as the pieces, while visually interesting, never felt practical, even for an aspirational angler like me. so seasons went by without a s2w8 purchase.

it wasn’t until i came across 1p cycle pant - n/pu taffeta that it hit me. what nepenthes trojan-horsed into this fishing-themed line was performance wear, which was missing from the nepenthes’ lineup albeit some sporadic releases from needles sportswear. s2w8’s pieces are engineered for movement and built to be worn in the elements. if you set aside the fishing motif, aren’t these characteristics we look for in clothing? while most of their shell layers are aesthetically fish-forward, i’ve found that many of the lowkey pieces carry the same concept of functionality. for example, the cycle pant with the mouthful of a product name is made from a nylon/polyurethane blended taffeta that acts like second skin, perfect as a base layer or just to wear as pants on those days you don’t feel like wearing pants (basically everyday).

s2w8’s been getting more shine recently with the line being pushed out to more retailers worldwide. but it’s cringey how they try to take this fish out of water, throw it on a mannequin and hawk it as fashion. they tell you: it’s from the people who brought you engineered garments and needles — you love those brands, right? nice try, but they should be talking to someone at bass pro shop to do s2w8 justice.

if s2w8 is literal fishing gear, daiwa pier39 is gear inspired by fishing. unfortunately, dp39’s origin story is super uninspiring. basically, it’s a b2b co-venture between odd bedfellows — daiwa, the stodgy fishing goods company, and beams, the retail giant — to cook up some of that good old corporate synergy. to make things worse, they decided to name their project after a shitty tourist trap in san francisco. despite being born in a powerpoint presentation and bestown a fishy name, dp39 has emerged as a buzzworthy brand out the gate against all conventional odds. it’s been a minute to see a nascent brand garner so much hype by its third collection (ss21).

in the world of dp39 fishing is just a vibe. this is for the pesca-curious. for the city boys who have dreamt of ditching concrete and gutter for field and stream. for the closeted brad pitt fanboys who’ve screened a river runs through it and liked it. it’s decidedly anti bass pro shop. it’s fishing but made fashion. while it’s not for the serious angler or noodler (not mad), dp39 reinterprets evergreen military-inspired silhouettes through the novel lens of fishing. it lifts the more practical design elements from daiwa’s main line (i.e. action pleated sleeves, tackle box sized pockets, d-rings, etc.) to imbue more athleticism into the dp39 collection. they also take full advantage of daiwa’s gore-tex license, using the sought after textile generously in their outerwear offering.

full disclosure: i don’t own any dp39, only because it’s impossible to get your hands on. and it’s the type of brand i don’t want to dip my toe in because there’s a high probability i’ll fall in deep. what’s not to love? synthetic fabrics in classic shapes, albeit the fit is very right now. but the real reason dp39 knocked this out of the park is in the bottom line: the price point. with shirts and pants priced under USD200, and outerwear topping out at USD600, it’s relatively accessible, if you’re lucky enough to win a raffle. 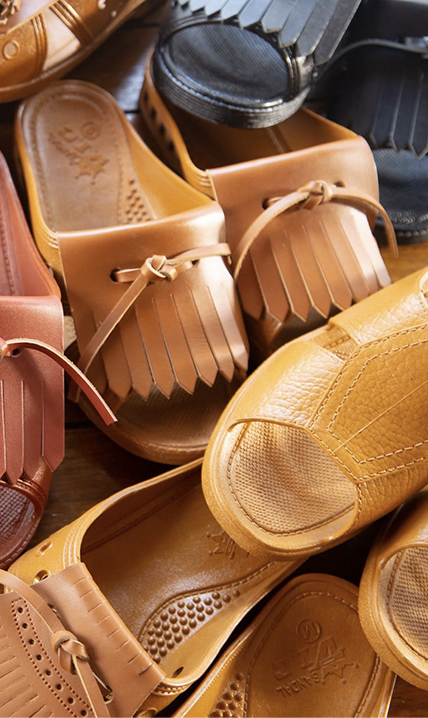 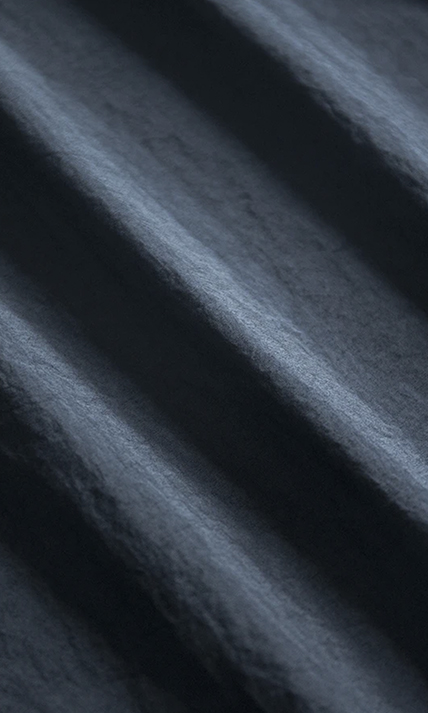 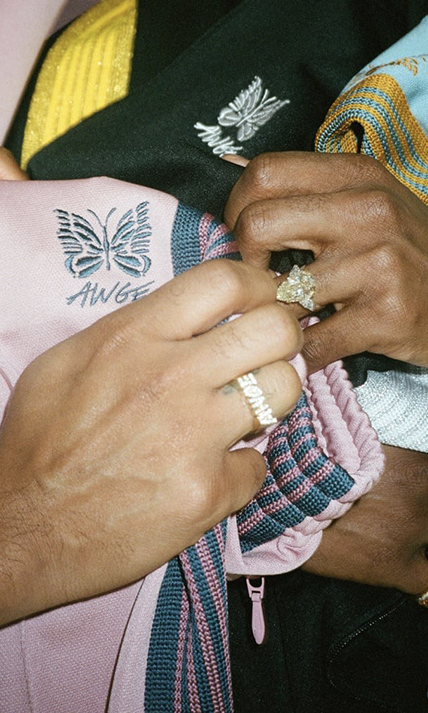 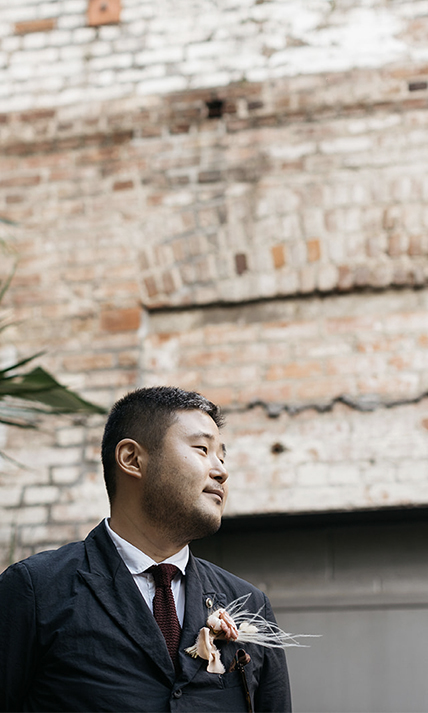 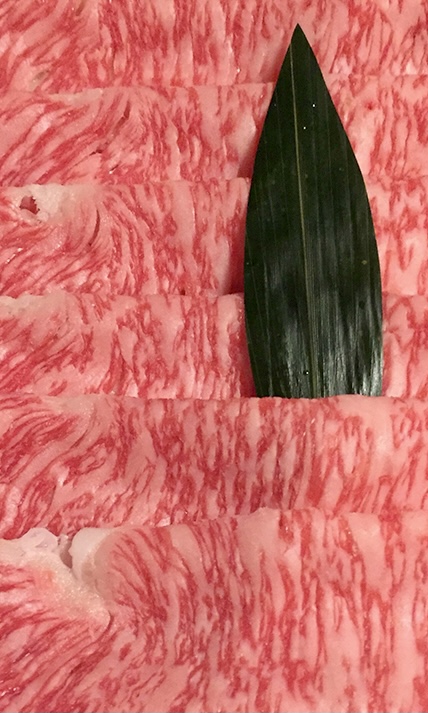